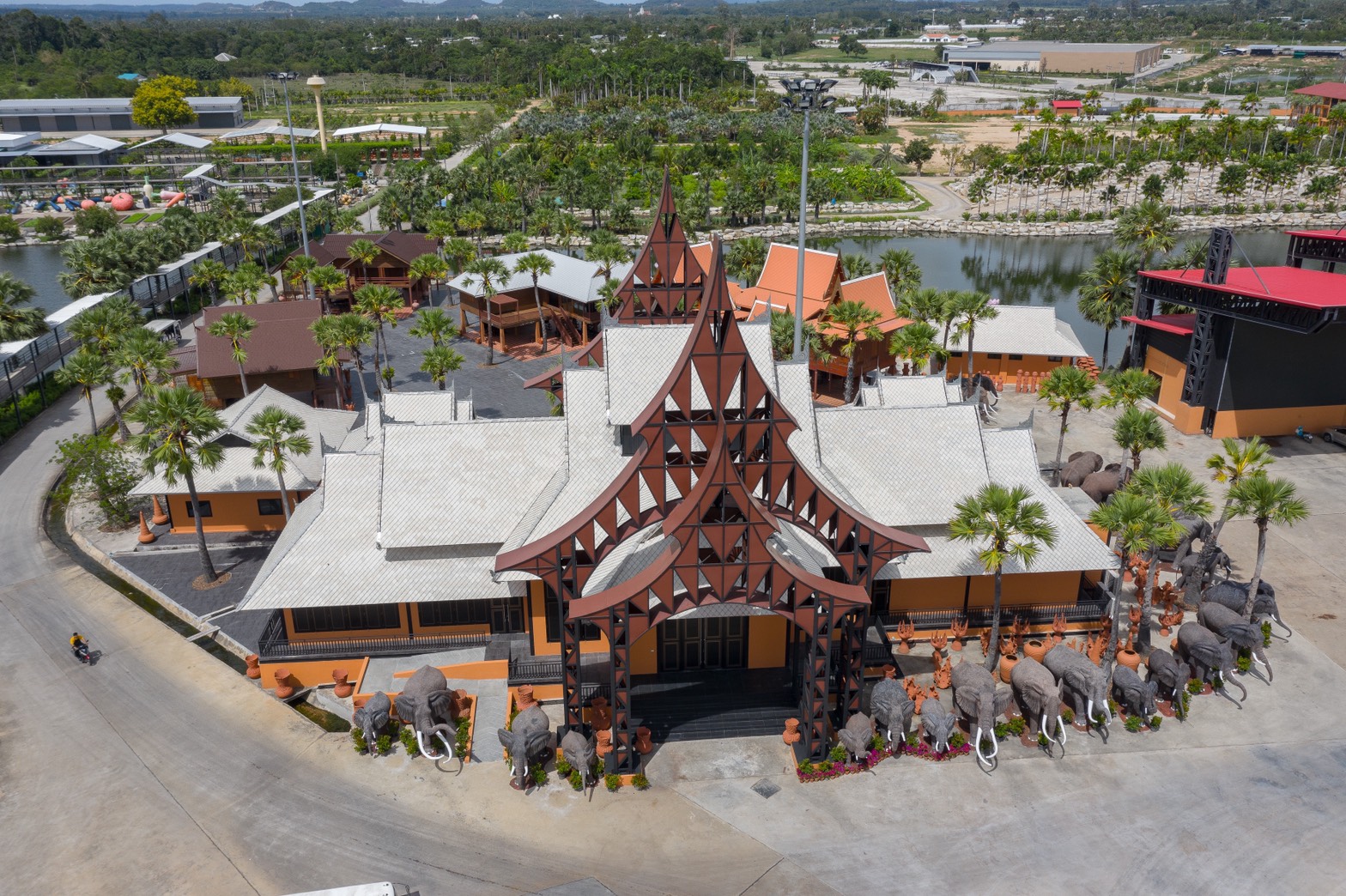 The Thai Village is located at the Tradition Center (Nongnooch Pattaya Garden II). It was created to present the Thai identity through the way of life and traditions of Thai people since the ancient time. It presents the 4 regions of Thailand through the Thai house designs in the Central, Northern, Southern, and Southeastern regions.

Nongnooch Pattaya Garden aims to promote the uniqueness of Thai people to foreign tourists, and they may learn by experiencing the atmosphere around the village, such as Loi Krathong, Songkran festival, wedding ceremony, among others.

The Thai Village is decorated with sculptures like pottery in Thai pattern as well as the painting of various areas, such as Ban Chiang. For this Village, we built a large arch with Thai style at the main entrance, and it also has air-conditioning inside the building. We provide this facility for people who use our services like seminars, banquets, and various special occasions.

In addition, Nongnooch Pattaya Garden can organize activities in Thai style of many areas, such as performances and costumes from various period, fruit and vegetable carving, garland making, Krathong, Thai desserts, painting umbrella, molding pots, weaving among others.

The air conditioning building can host a meeting of 40-120 people. However, it depends on the meeting format. Banquets can be arranged for up to 200 people at the courtyard behind the building. The space between the 4 regions of Thai houses can hold a party up to 600 people, and we also created a pier for Loy Krathong festival to facilitate the service and lasting satisfaction for our customers.